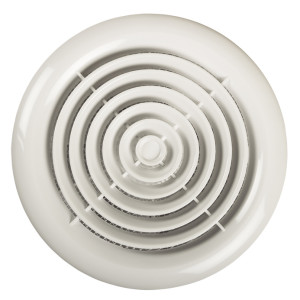 The importance of ensuring your home is equipped with smoke and, in this case, carbon monoxide (CO) detectors was highlighted in a recent case potentially involving a fault exhaust fan. A middle-aged Waukegan couple, whose identity has remained anonymous, were airlifted to an undisclosed hospital on Wednesday morning for CO poisoning, according to the Chicago Tribune.

A spokesman for the Waukegan Fire Department, Michael Scholle, said that an ambulance was called to the home at about 7 a.m. after one of the residents called 911 to report dizziness and other health problems. When paramedics arrived on the scene they found carbon monoxide levels inside the home of 150 parts per million. The home did not have a carbon monoxide detector.

“That high a reading would be very dangerous,” said Scholle. “They were very, very lucky.”

While the incident remains under investigation for now, Fire Chief George Bridges believes a faulty exhaust fan could have been the source of the problem. It’s unclear exactly what type or where it was, but it could have been in a bathroom with a high ceiling (over eight feet), which generally require additional ventilation.

“We continue to stress the need for smoke detectors and carbon monoxide detectors to be installed in all homes,” Bridges said in a statement.

Unlike commercial centrifugal fans or industrial fans, which are normally roof mounted with the inlet and outlet 90 degrees from each other, residential exhaust fans are much smaller. To calculate the minimum size a bathroom will require you take the volume of the room and divide by five.

The last CO-related death in Waukegan occurred in March of 2012, but just this past June in Nearby Highland Park a couple died from CO poisoning after their keyless car was left running in the garage, according to Lake County authorities. Local fire departments across the country will provide free smoke and CO detectors upon request.

Premier Source of Ventilation Equipment since 1918